For more than five years now, the arcade movement brought together the passion for the culture of the first video game and the interest in recovering, in the best conditions, the technology that supported this phenomenon between the 70s and the 90s. In Spain, numerous events and platforms are added every year, to the restoration and dissemination of the classic video game. The consolidation of festivals dedicated to the "retro" arcade such as RetroBarcelona (Catalonia), RetroSevilla (Andalusia), RetroEuskal (Basque Country) or ArcadeCon (Valencia), reflects in parallel, the rise of associations such as A.R.C.A.D.E (Barcelona), Retroacción (Bilbao), ARPA (Zaragoza), or the creation of dissemination platforms such as Recreativas.org, RetroGamer or RetroManiac, interested in promoting the relevance of the arcade by our geography.

The province of Alicante has, among all these initiatives, one of the pioneering platforms in the conservation and dissemination of digital recreation: the Arcade Vintage Association. Theirs is a work of leisure and nostalgia, arranged in a place full of arcade machines, restored for the enjoyment of members and general public who wish to revive the atmosphere of the arcades of 30 years ago. But it is also a defense of industrial archaeology which, with the same enthusiasm as the game, tries to recover the arcade machines in their original format. That is, using the same hardware and software components (chips, controllers, marquees, game furniture, etc.) with which they were initially built, to try to recover the "perfect game" that these machines once provided. 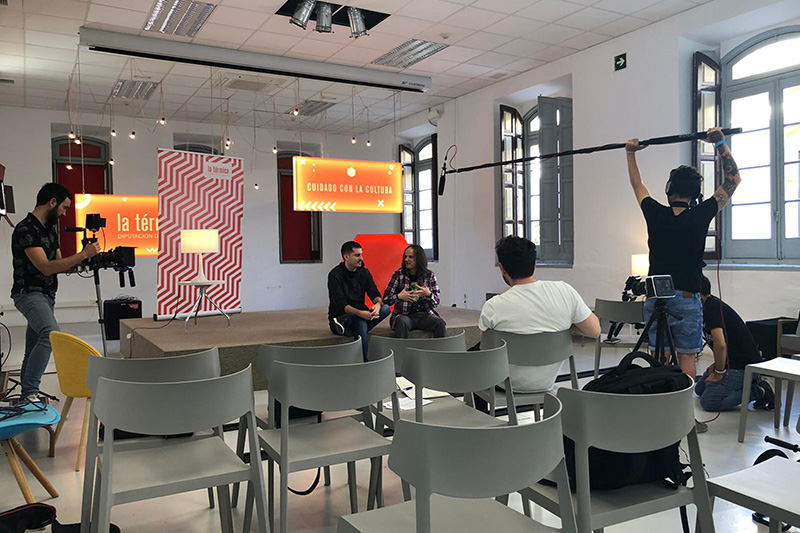 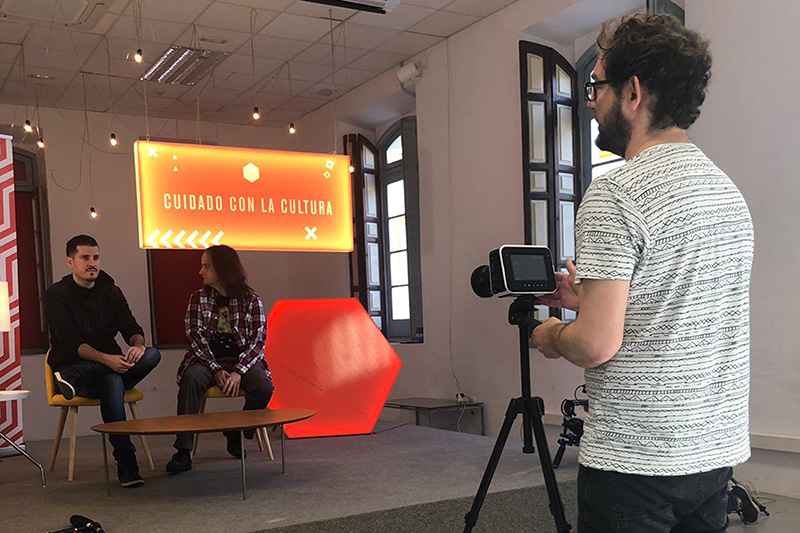 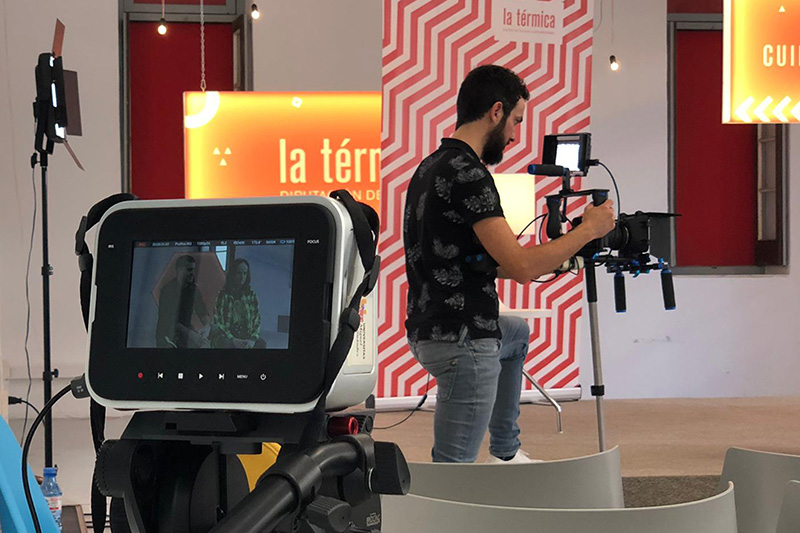 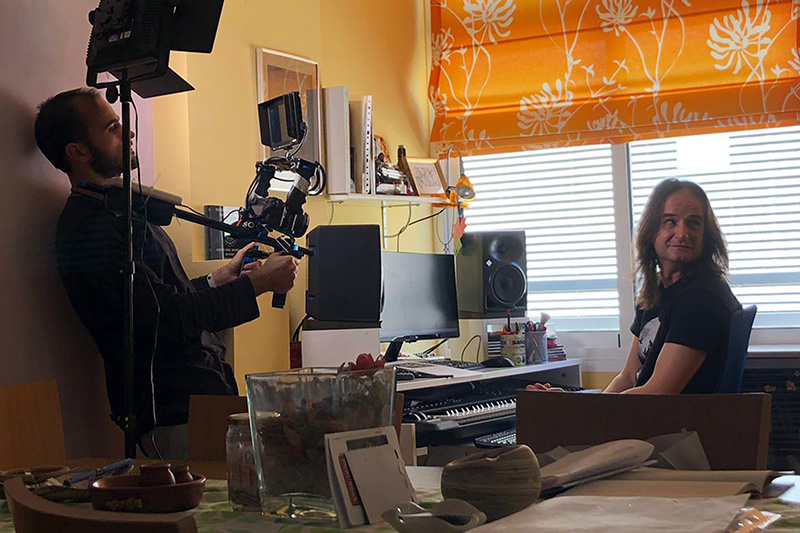 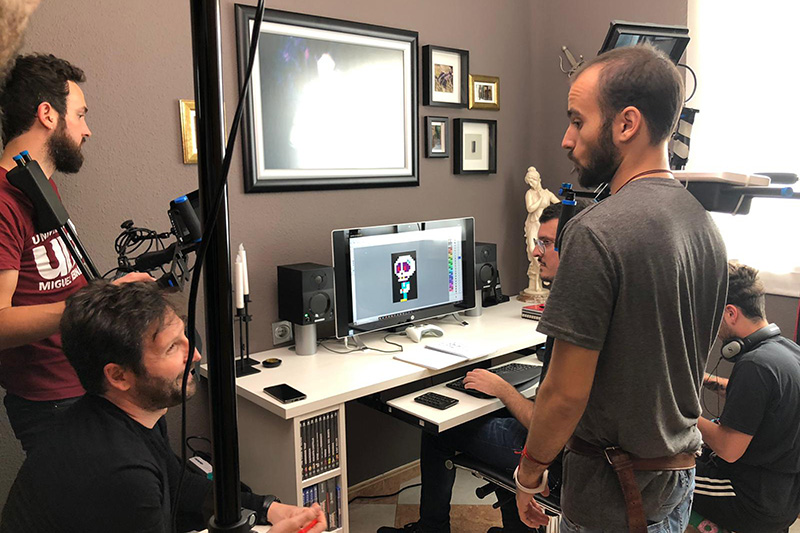 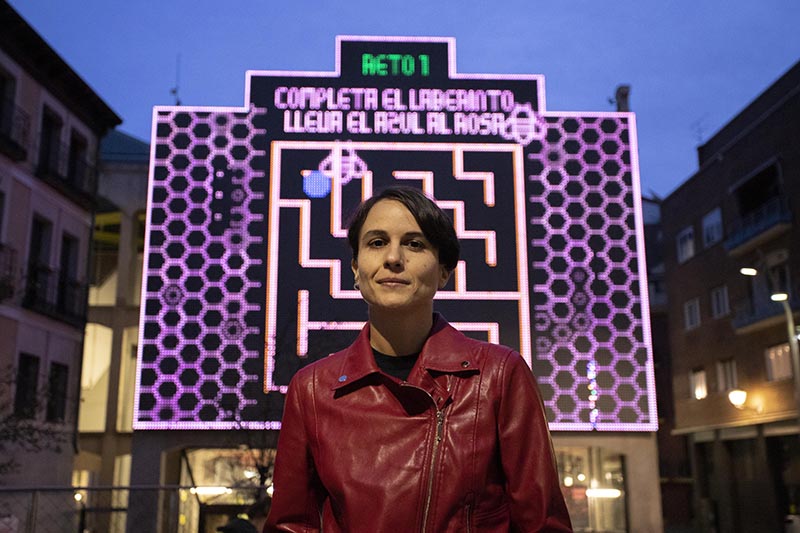 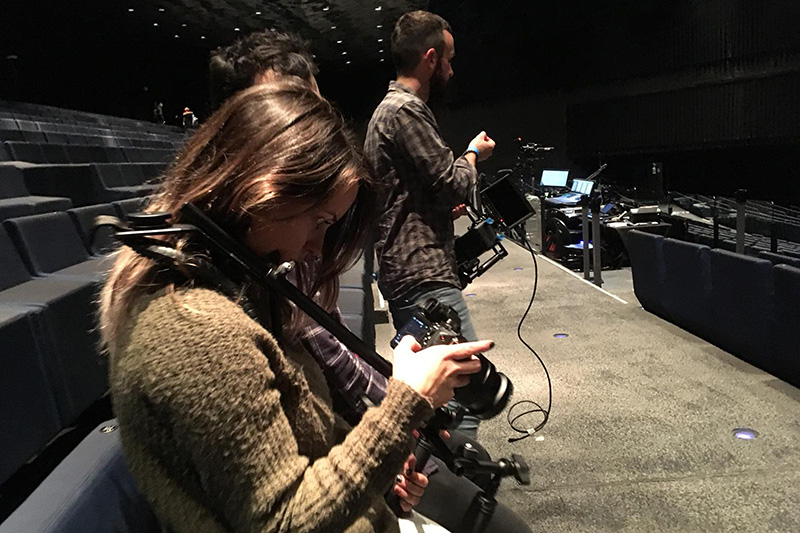 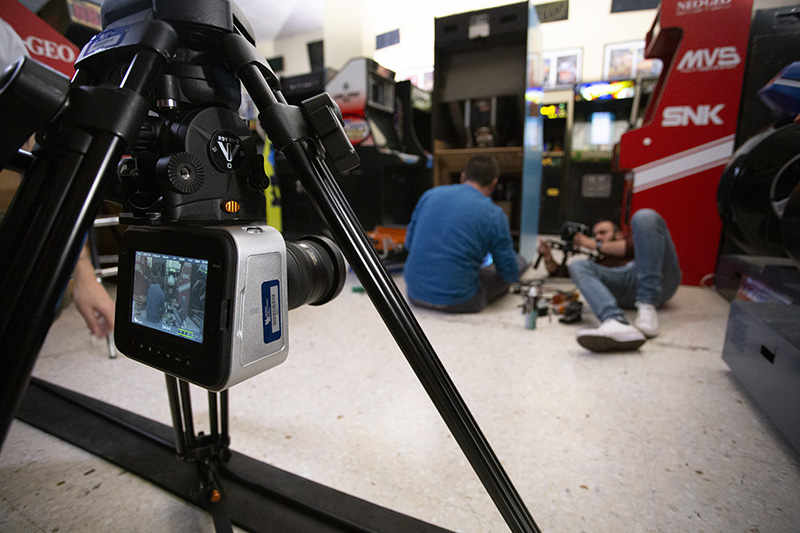 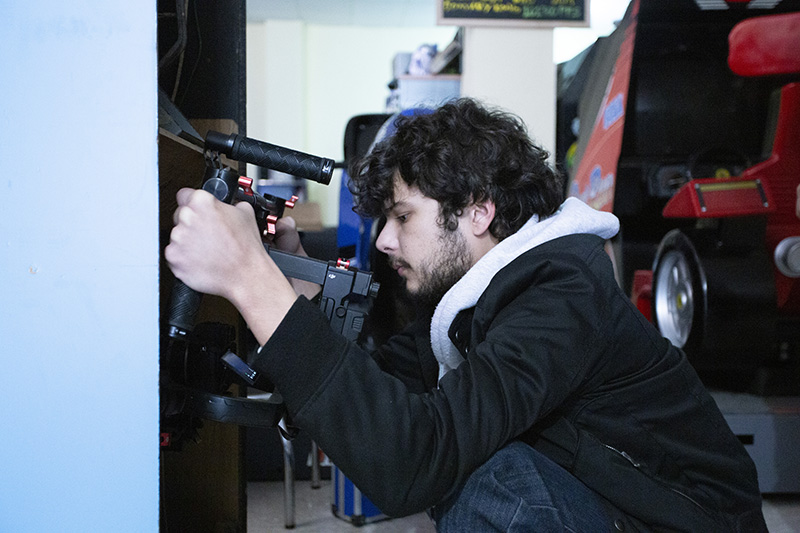 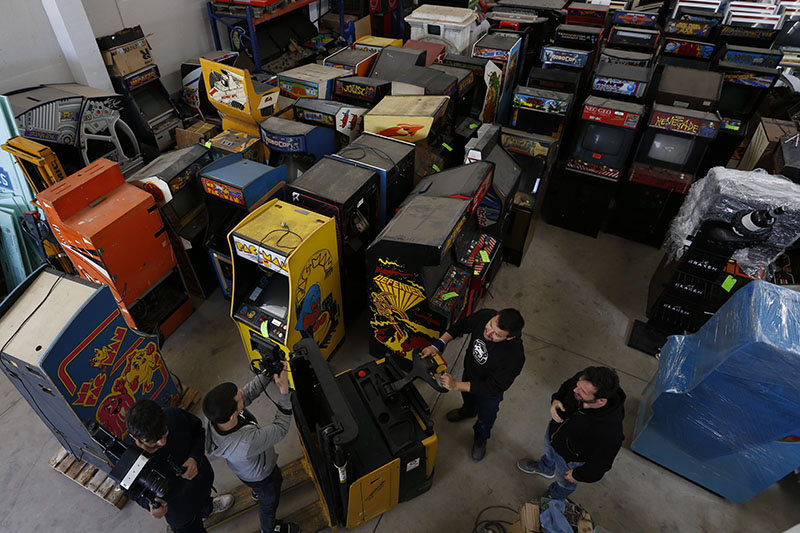 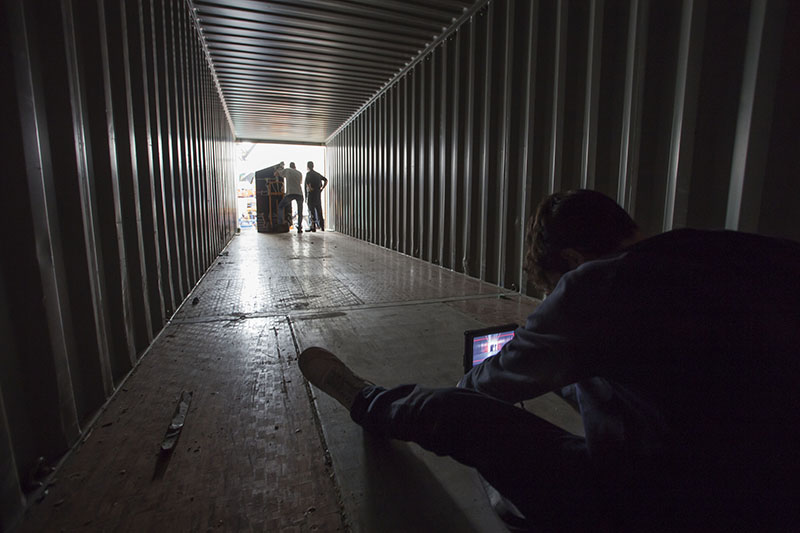 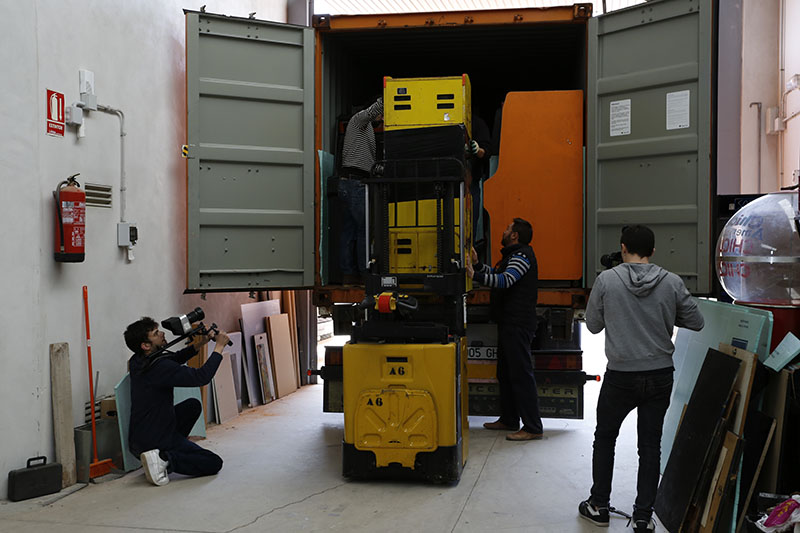 One of its tasks is the constant search by its partners in many websites, contact agendas and suppliers around the world, to negotiate the rescue of parts and machines, mainly from Europe, the United States and Japan. Also the implementation of a series of restoration tasks that involve, from the simplicity of a cable replacement, to complex reverse engineering operations or emulation (with expert collaborators such as Eduardo Cruz, Ricardo Fernandez or Miguel Angel "Elsemi" Horna), where the original chips and boards are intervened to access the recovery protocols and operation of the games.

The documentary Arcadeology reviews the history of the arcade in Spain, starting from the work of conservation of arcade machines made by Arcade Vintage, to the rest of initiatives and professionals who, for more than 40 years, have participated in the phenomenon. A journey that analyses the past and present of the arcade movement, through the creators of arcade video games such as Locomalito and Gryzor87 (Verminest, Maldita Castilla); graphic artists such as Xavier Aberrola (Gaelco); specialised journalists such as David Martínez (Hobby Consolas), Bruno Sol (RetroGamer) and Toni Piedrabuena (3D Juegos); experts in emulation (Miguel Ángel "Elsemi" Horna) or reverse engineering (Eduardo Cruz); music composers (Vicent Tobar, Games&Symphonies); event directors (Carles García, RetroBarcelona, Eduardo Álvarez, Retrosevilla) and preservation platforms (David Torres, Recreativas.org); proponents and mentors in videogame projects (Lara I. Rodríguez, Isabel Cano); directors of associations of the arcade industry (Óscar Nájera, A.R.C.A.D.E, ARPA); entrepreneurs and managers of the sector (Julian Goicoa, Gaelco, and Pablo Crespo, Game); manufacturers of arcade machines (Bricoarcade) or renowned players such as Salvador Espín (Marvel cartoonist: Deadpool, Hulk, Spider-Man, etc.), among other participants.

The documentary travels to various locations in the Valencian Community and the rest of Spain, such as Alicante, Valencia, Madrid, Barcelona, Zaragoza, Murcia, Malaga and Cadiz, among others, to record a series of important events in the field of arcade (Barcelona Games World, ArcadeCon, Games&Symphonies, ExpoArcade/GamerMaker 48h, etc.), and features the participation of a number of relevant figures in the classic arcade sector.

Interviewees and participants (in alphabetical order)

Miguel Ángel "Elsemi" Horna (member of the MAME Team and expert in emulation, creator of the Nebula emulator and co-founder of BlitWorks)

José Gallego (manufacturer of furniture for arcade machines in BricoArcade)

Óscar Nájera (director of the association A.R.C.A.D.E. and member of Recreativas.org)